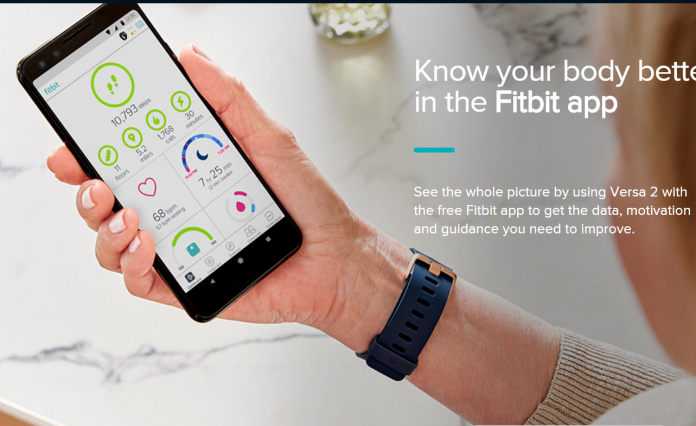 Fitbit is a world-famous company known for the manufacturing of fitness smartwatches. It has around 28 million active users and the company has sold more than 100 million devices. Recently, we have seen some compatibility issues between Huawei P40 Pro and Fitbit devices. The management of Fitbit devices is via its application on either iOS device or Android. Since the sanctions on Huawei, Google being an American company is not allowed to release its apps and services on Huawei devices. In this guide, we will talk about a workaround that allows us to install Fitbit app on Huawei P40 pro. So you can easily manage your Fitbit smartwatches using your Huawei phone.

Huawei P40 Pro and standard P40 have all, what it takes to be the best smartphone of 2020 loaded with cutting edge technology and features. It stands in competition with Galaxy S20 and iPhone 11 Pro Max, in all aspects, camera result, built quality and speed. If not for the absence of Google apps and services in Android OS. It would stand out. The sanctions and unavailability of Google services have proven to be a big blow on Huawei market share. Full functionality of an Android phone without Google Apps is unimaginable.

During my research to figure out a way to run Fitbit App on Huawei P40. I found three methods, that can be helpful. Each person and their phone might be in different circumstances so any of the methods can work for them. During my research, I also figured out that the Fitbit app is dependent on Google Location Services for proper functioning. That’s why, even if you install it, it won’t run. Unless you have google play services or GMS packages on your phone.

The latest version of Fitbit doesn’t seem to work on Huawei P40. The only versions that the Fitbit community has approved and commended that it works is FitBit 3.24 and FitBitMobile 2.81. I would first recommend you to download and install the Fitbit 3.24 version. If that doesn’t works go for 2.81.

Once you have downloaded the APK file on your Huawei Phone. You need to change the settings to allow installing of apps from external sources. In Huawei P40 Pro, you have to select the app that you want to allow to download and install external apps. In most instances, its the Huawei browsers or file manager or Chrome browser.

Once the Fitbit APK is installed on your Huawei P40. You can use it to pair it with a Fitbit device and use for your fitness tracking.

If the above installation process didn’t work for you and once you open the app on your Huawei Phone it closes down with white screen then you need to install the GMS packages on your phone using the guide below.

If the Fitbit app is dependent upon google play services like Google Maps API or Location services in order to function then it might not function properly without GMS packages.

You can install GMS packages manually using this detailed guide. This guide can also be used to install any Google Apps or any other app that is dependent upon Google Services to function properly.

If you don’t have google play store and you are unable to install the app from APK using the guide above. You can also install Fitbit app on Huawei P40 from Amazon App Store for Android.

I hope this guide helped you to install Fitbit on Huawei P40 Pro. If you have any questions or confusions, you can drop a comment below. For urgent queries, you can reach out to me on Facebook or other social media networks.

Download Parler on Android via APK on Samsung, Pixel and OnePlus

How to Downgrade Firmware on Huawei Phone – Guide

Install Google Apps on Huawei or Honor running on EMUI 10

6 Apps You Need to Simplify Your Life

How to Run TikTok using VPN on Android and iOS devices

ABOUT US
iTechify is all about Android operating system, its news and guides. We provide you with the latest news and guides regarding Samsung, Apple, Huawei, Nexus, LG and Huawei devices.
Contact us: itechifyblog@gmail[dot]com
FOLLOW US
© Copyright 2017 - iTechify
wpDiscuz

You can find out more about which cookies we are using or switch them off in settings.

This website uses cookies so that we can provide you with the best user experience possible. Cookie information is stored in your browser and performs functions such as recognising you when you return to our website and helping our team to understand which sections of the website you find most interesting and useful.

Strictly Necessary Cookie should be enabled at all times so that we can save your preferences for cookie settings.

If you disable this cookie, we will not be able to save your preferences. This means that every time you visit this website you will need to enable or disable cookies again.