In China, Nokia 6 comes with a firmware does not have google play store or google play services. China does not allow other platforms like Facebook and Google to work in their country independently. Google is actually banned in China, so If you bought Nokia 6 from China. It won’t have Google play store or any other Google app like Maps and Google Assistant. You can side-load Gapps using this guide along with it you can install Google Play Store on Nokia 6.

Nokia 6 turned out to be the most successful among the latest 3 Nokia devices. The best thing about it is its Full HD screen along with great camera result. Although, it is high-end smartphone with all the latest specs that you would find in the latest phones that were released with it. Its price tag is quite less as compared to the others. Talking about the build quality it surely stands out among all the other smartphones of its tier considering he all metal design.

Nokia 6 features a 5.5″ full HD display screen, it is powered by the mighty Snapdragon 430, processing is supported by 3GB RAM. On the front, it has 8 Megapixel camera on the back there a 16 MP camera that gives great quality pictures and videos. For the unlocking and security, it features a fingerprint scanner. It has 3000mAh battery that gives a full day on full charge. Although it takes loads of time to get fully charged.

How to Download and Install Google Play Store on Nokia 6:

Google play store and Google Play Services both exist in a coexistence. Well, in most Android devices both come pre-installed, all you have to do is to log in using your Gmail address and you are good to use the play store and google play services. In this guide, we will talk about how to get Google Play Store on Nokia 6 with Chinese ROM. Once you have downloaded and installed Google Play Store on your Nokia 6. Then, you can access all the google apps and other apps that are not present elsewhere.

The following guide will allow you to install Google play store on Nokia 6. The process is really simple, you just have to allow access to external APKs and install them on your phone.

Once done. you will be able to access Google Play Store on Nokia 6 and download apps from there.

Furthermore, some people have complained that their firmware does not allow google apps to run properly. Well, you can try to get Google apps including Google play store using Google Installer for Chinese phones. See this guide on how to use google installer to get play store.

If nothing works for you. Then the last solution is to unlock the bootloader and install the global firmware of Nokia 6 on your phone. Once you have the global operating system, then you can use all the google apps including google play store and google maps without any restriction. The current Chinese firmware on Nokia 6 is basically a modified version of CyanogenMod. The global firmware that is present and running in all other countries like India has all the google apps including Google play services. You can install custom ROM as well as international firmware that does not have any prohibitions on Google play store.

If you have any questions or issues, feel free to ask us in the comments. If you would like to contribute to this guide on how to install google play store on Nokia 6. You are most welcome to drop feedback. 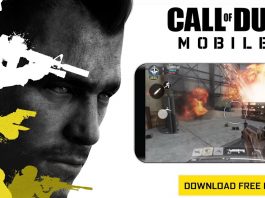 Recover Data from Stolen Pixel Including Pictures, Contacts and Notes

thanq Abdullah Akbar Shafi,i tried these versions but it till stopping suddenly.